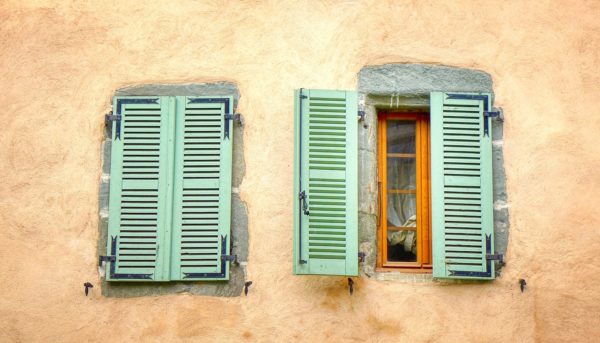 The opportunities around the sheltering-in-place/stay-at-home rules of the last year have been hit-or-miss for people who identify as introverts. For many, being able to work from home and being spared the social expectations of the pre-pandemic world meant they were able to slow down and find a more comfortable pace and rhythm for their lives.

For others, however, being held captive in the same space day after day – with roommates and families, kids doing online schooling, partners in never-ending Zoom meetings —  meant an unwelcome barrage of stimuli, and the pain of never being able to fully shut-off and completely recharge.

For the latter, the inside world began to feel almost as unsafe as the outside world. Where exactly could one go to find a safe, quiet space to recharge and rest?

Recently the idea of “safe spaces” has been met with derision by older generations whose social mores growing up did not include the kind of permission and openness that Millennials and Gen Z are creating for themselves.  But the truth is that “safe spaces” are not about weakness or fear, but rather about humanity, neurodiversity, self-care, and kindness. It’s about understanding the full range of one’s needs in this noisy world, and then giving oneself permission to care about those in ways that are safe, fulfilling, and crucial to optimal physical and mental health.

What then makes a place a “safe space”? This, of course, depends entirely on how your brain is wired. What looks safe to one person may look like a sensory nightmare to someone else. What looks like a haven to one may feel like solitary confinement to another.

In short, a “safe space” is one that accounts for the needs of individual neuro-wiring and the effect of excess stimuli to either energize or enervate. From busy offices to boisterous social events, from standing shoulder-to-shoulder with strangers on crowded trains to never being home alone, just moving through an average day can be an endless assault on the senses.

Even those who are wired to get a positive charge from external stimuli may still find themselves overwhelmed after a long day. And at least half of the world’s population is not wired to get a boost from our highly-sensory world, so even the simplest daily tasks can feel like living in a war zone. And so emerges the need for truly quiet, safe places in our society. (There’s a reason so many churches are still in use in spite of ever-decreasing attendance in the last quarter-century. Sanctuary is still a thing. It’s just taken on a slightly different meaning in the 21st century.)

Safe spaces, then, are not a new phenomenon, and fortunately, the concept is not an unreasonable expectation for public and commercial spaces. Quiet cars on trains began to appear consistently in the United States around 2011, allowing a quieter commute for those who wanted to read or sleep or just be alone with their thoughts without the intrusion of people shouting into phones or nattering away to their traveling companions. Some rail lines in the UK and Europe followed suit the following year. Quiet cars were an astounding success in the US, with commuters on the Amtrak rail system declaring it “the most civilized way to travel.” (They were probably introverts!)

Many restaurants and cafes have also started to cater to the need for more quiet spaces and less social interaction. A Japan-based restaurant called Ichiran has become well-known both for its ramen and its solo dining booths. The company opened a second location in New York City in 2018 which allows for a distraction-free dining experience and encourages people to come alone, sit alone, and enjoy the sensory experience of their meal… alone. A small window through which your food is served even minimizes interaction with wait staff. Outdoor kiosks for ordering and collecting food have also become popular in larger cities even before the pandemic gave us the joys of curbside pickup!

Now with the world beginning to open up again, many introverts will be faced with whether or not they want to flex their social muscles again. While there are countless examples on social media right now about what people plan to do when they can freely meet in groups larger than their “COVID Bubble,” it’s important to remember that the introversion/extraversion continuum is not about sociability. It’s about brain wiring. It’s about energy. Shy extraverts exist, as do gregarious introverts. It’s not about whether or not you like people or if you do or don’t like to be the center of attention. It’s about whether you prefer (and seek out) intrinsic or extrinsic rewards. It’s about whether an abundance of external stimuli energizes you or drains you, and that is down almost entirely to your brain wiring.

Do you charge your phone every night? Do you put it in a specific spot, plug it in, and leave it to store up power to get through the next day? The charging spot is, in the most basic way, a niche environment. It’s a place that is devoted to a purpose specific to that device, and the device stays there for a standard duration of time with components that support and strengthen it. Not that we would want to reduce the complexity of human beings down to an Android or an iPhone, but niche environments for people work in very much the same way. We all need a specific place, a set amount of time, a certain level of non-interaction, and environmental components that support and sustain us in order to be charged up and ready for the next day. Finding those “safe spaces” are especially important for introverts and anyone else with a sensory processing sensitivity.

It’s a busy, noisy, crazy world. You have permission to find your charging stations, your safe spaces, your niche environments. Everyone benefits when an introvert gets some time alone.

For more information about the introversion/extraversion continuum, neurodiversity, and niche environments, please visit www.threekindnesses.com, connect with us @3Kindnesses, or email us at hello@threekindnesses.com