Subscribe to receive all news, updates, information and event announcements. You can expect to receive approximately 25 emails per year.
Progressive Connexions… > Blog > Nuclear Tourism and… 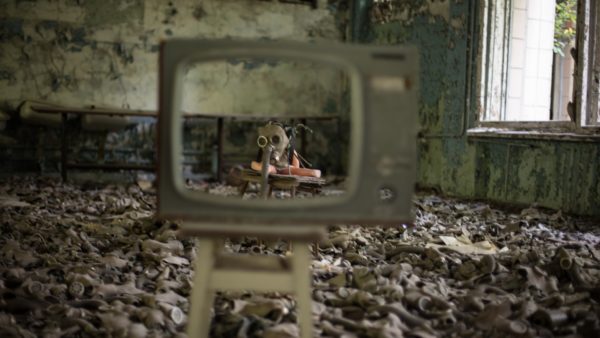 What does a paratrooper at the Mount Everest and a tourist at Chernobyl have in common? They both see risk as a fundamental element of their tourist experience. The first case represents adventure tourism and the second one nuclear tourism.

In general, tourism and risk have a negative relation, they tend not to coincide. Tourists avoid places where there is no security or at least accept going to destinations where risk is possible but not probable. Yet, this tendency is not always true.

Nuclear tourism became featured news on the press after the great success of HBO’s miniseries, Chernobyl, which led to a remarkable tourism increase from 8000 in 2013 to 65.000 in 2018 from one day to the next. The particular interest towards tragedy, macabre or death itself, whether for educational, entertainment or social status reasons, forms part of what is academically known as ‘dark tourism,’ a subset of heritage tourism. And it’s no new fashion. Just remember the rise of gladiator fights in ancient Rome. Yet, it’s during the last 30 years that the tourism market offers more and more services related to dark tourist activities so as to satisfy this rising demand.

It can refer to a visit at the Père Lachaise cemetery to see Oscar Wilde’s tomb, or at the Hiroshima Memorial, or the concentration camp in Auschwitz. The visit to destinations as Chernobyl apart from commemorating a mortal accident of the past of high dimensions and implications, has the adding point of present radiation. So, past tragedy is combined with current risk.

Tourists, when visiting Chernobyl, are willing to expose themselves to a minimal quantity of radiation in order to see cities and abandoned buildings, as well as the life they left behind its habitants from one moment to the next. And they take that risk for two reasons, firstly because radiation is invisible, without smell, without color, and it’s difficult to fear the invisible; secondly, because before they go they try to get informed and prepared the best way possible. When governmental and scientific authorities affirm that one can now enter in these places, in people’s perception the risk is reduced into uncertainty.

A notable example of tourists’ risk perception at a radioactive destination can be seen at the second episode of the documentary series Dark Tourist of Netflix. A group of tourists visit Fukushima, Japan, 7 years after a nuclear explosion provoked by an earthquake. The tourist attraction was seeing how a destination is transformed after a nuclear explosion, an earthquake and a tsunami.

In order to minimize the risks, tourists had brought with them vitamin D, face masks, and Geiger radioactive counters, they should not touch anything, and they could only step out of the bus and visit towns that the Government considers as safe. The tour guide informs from the beginning that a preoccupying radiation indicator would be 0,2. It’s only when this indicator rises up to 9,71, that is, 50 times more that the suggested indicator, and the landscape looked like a military camp that tourists perceived a high risk, put on the masks and ask for the tour to end. That is, when risk became visible.

Walking around wearing masks in territories allowed by authorities while avoiding touching that is publicly exposed may not sound so bizarre during the COVID-19 pandemic, but it definitely raises questions as a tourist activity choice, especially when the main attraction is human tragedy. Risk perception may explain why rational warnings are partially disregarded. After one year of behaving like a nuclear tourist, when mobility starts again and sites open up, will nuclear tourism remain as attractive?